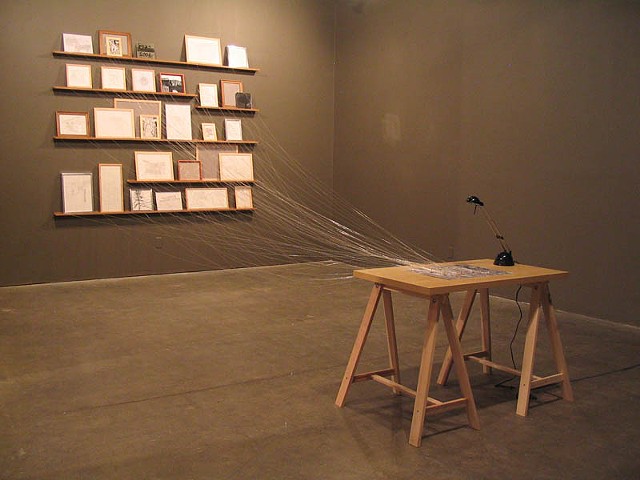 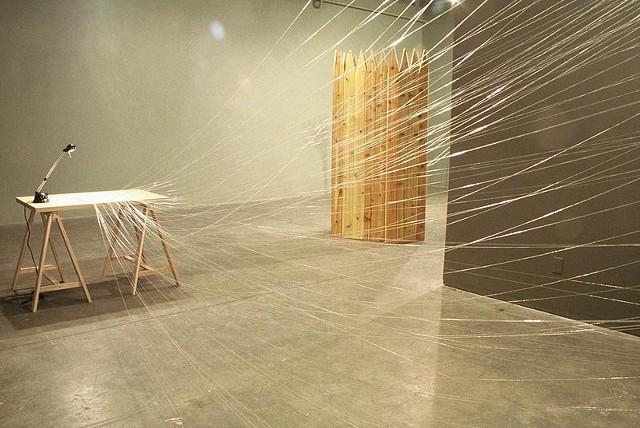 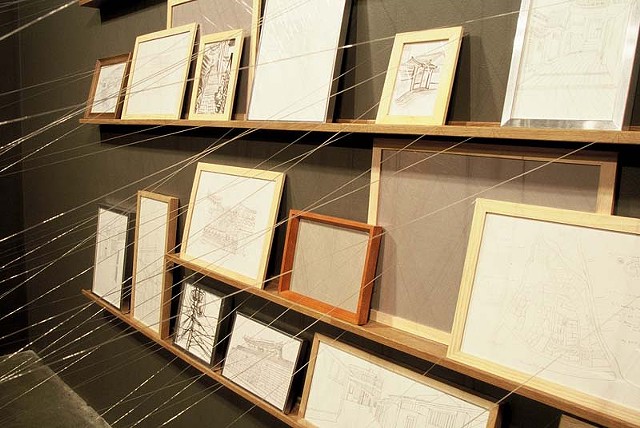 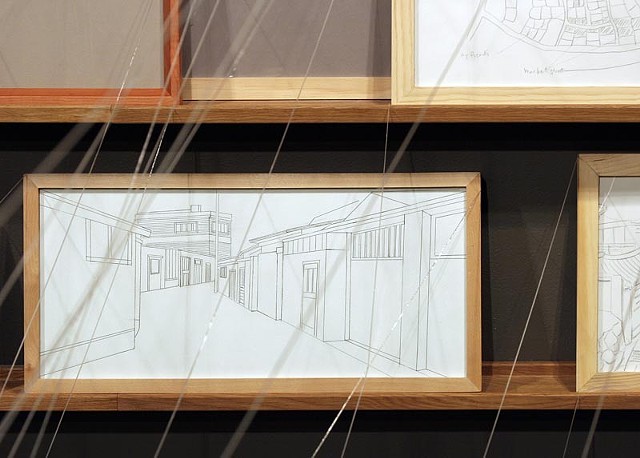 The project is an exploration of my responses to both physical and psychological aspects of an old neighborhood called Chebudong in Seoul, Korea: its labyrinthine network of narrow streets, traditional houses and the memories that are lost, but simulateneously dwell in the mind of individuals who have lived there. The neighborhood remains as it used to be with little redevelopment, unlike the most parts of the city that have gone through rapid modernization in the last half century.

Chebudong Project is produced by revisiting this area of my youth after a long time away, navigating and documenting the neighborhood. Photographic documentations are turned into pencil drawings and connected to the map of the area by an array of strings. Where the strings connect to the map, small handwritten tags provide my personal memories of the place.