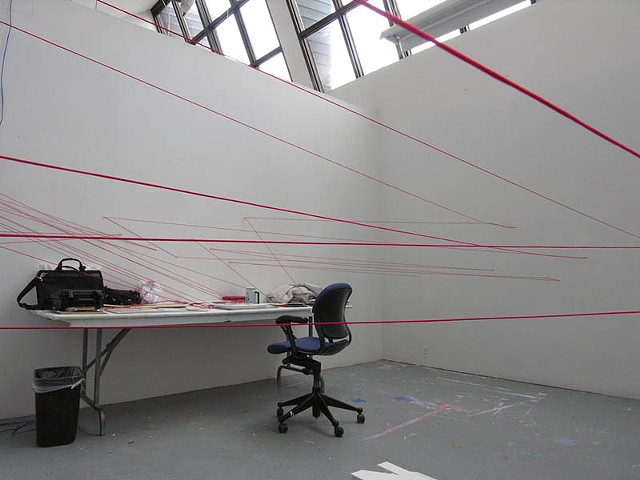 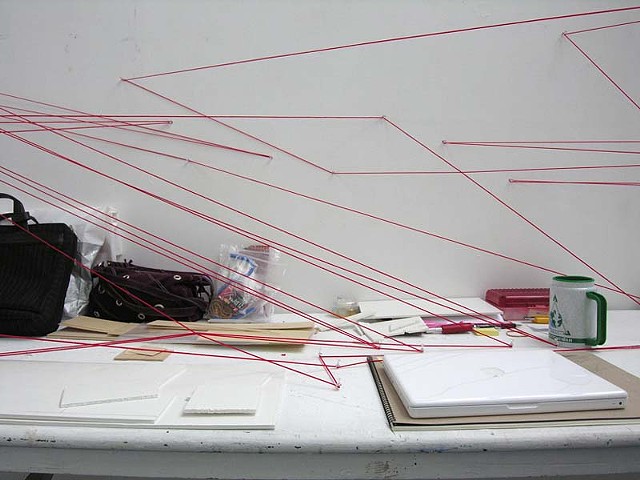 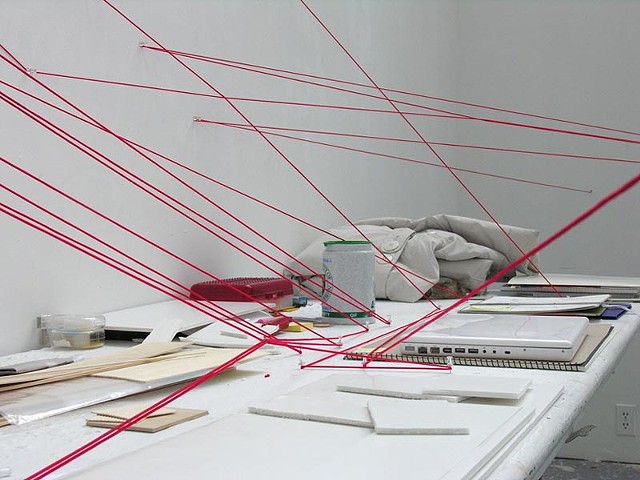 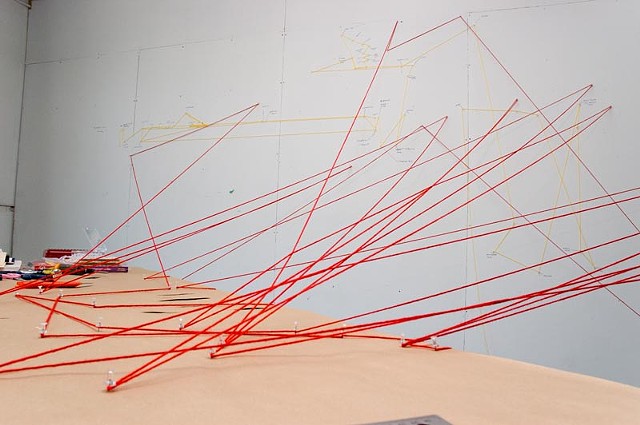 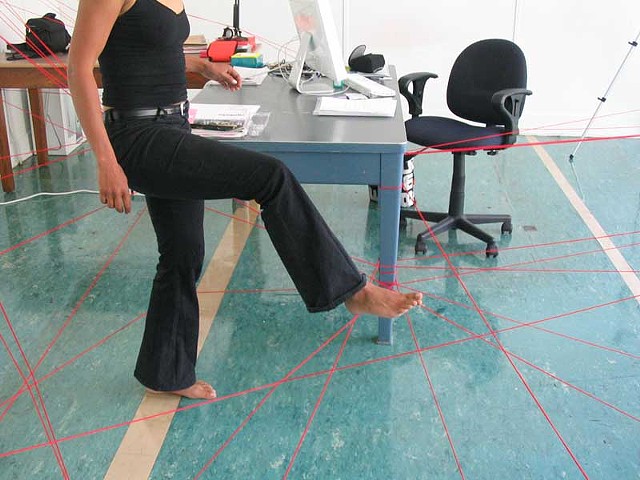 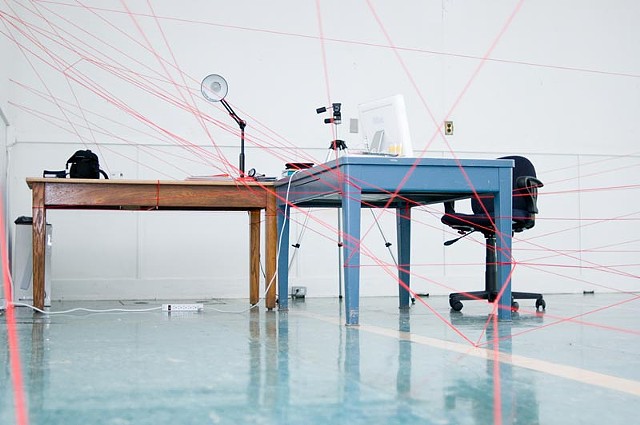 Red strings are installed throughout the studio spaces by tracing the movement of my body during one month of residency as part of a series of works on space, body and flow of time. Temporary courses of sensory experiences, such as movements of body and traces of gaze are converted into tangible three-dimensional drawings of strings. During the open studio event, the viewers had to cross over and under the strings to walk around the space, adding their own invisible lines of movement to the installation.

Installation in two studios (approximately 700Sqft. / 300Sqft.) “The consequence of Jung’s progress is the translation of the ephemeral passage of her body into an objective representation of it. With this, she transforms the studio environment into an elaborate web of intersecting lines suspendedin space. Hovering like a disembodied arterial network, the web connects a flow of motion and memory, making tangible the relationship between the subject and the space they inhabit. These material traces of Jung’s Movements subsequently challenge the viewer to consciously navigate their own passage through the space. In near obstacle-course style, the viewer moves over, under, and through the space to arrive at Jung’s worm displayed in the walls of the gallery[…]”

- excerpt from a review written by Maureen Fenniak